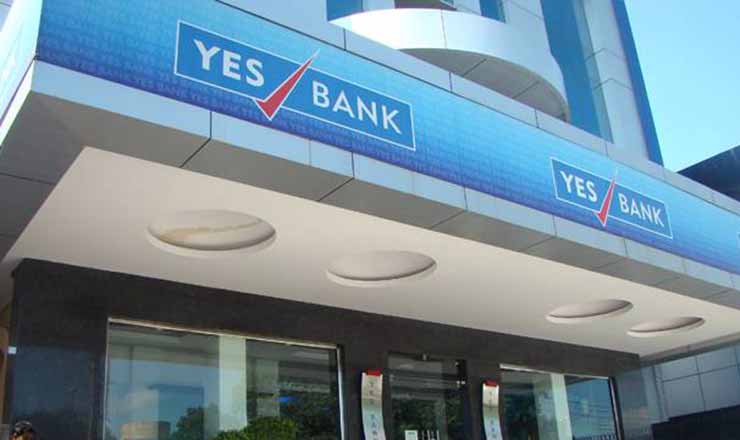 Yes Bank – India’s 5th largest private sector bank came into the limelight when Reserve Bank of India took it under action and the government imposed a moratorium against it on 5th March 2020 up to 3rd April 2020. Yes Bank has been a bigger name and hence, this incident has greatly affected the Indian financial market. Yes Bank share price dropped to ₹ 16.20 from ₹ 36.85 on the next very day of RBI announcement.

What’s the Matter with Yes Bank?
Due to piled-up bad loans, the Yes Bank was on the verge of getting collapse. To save the collapsing Yes Bank and nation’s faith in the banking, RBI stepped in and took reins in hand. The first thing was to take over the Yes Bank Management. RBI appointed Mr Prashant Kumar as the administrator of Yes Bank. Mr Kumar resigned from his position as a chief financial officer and deputy managing director at State Bank of India (SBI) to took up the office at Yes Bank. With this, RBI advised the government to announce imposing of moratorium over Yes Bank. Due to moratorium, the withdrawal limit was set to 50,000rs. Then, within a day, the Reserve Bank of India drafted a “scheme of reconstruction” under which SBI can take maximum 49% stake of the restructured capital of the bank.

But then, the question of curiosity that looms over the whole of the nation is what were the circumstances behind this situation? What is the story behind?

The Beginning of the End:
The decline of a 16-year-old successful bank is an issue of distress. Founded by Rana Kapoor and Ashok Kapur in the year 2004, Yes Bank came under this crisis due to the impending loans which it couldn’t repay. All this came into action after March 21, 2014, after which the loans increased up to four times and deposit rate failed to keep pace. To top it all, the rate quality of assets also worsened.

The Reasons for the collapse of Yes Bank:
● The IL&FS Crisis: Due to its exposure to troubled borrowers such as IL&FS, DHFL(Dewan Housing Financial Cooperation) and Anil Ambani led Reliance Group, the bad loans kept piling up.

● The outflow of Liquidity: Sudden withdrawals of the amount by various means the customers withdrew their amount and show less interest in us.

● Bad Governance: The bad governance of the YES Bank could have noted a point, when Mr Uttam Prakash, one of the Board’s Committee members resigned due to the bad governance.

What’s Next With Yes Bank:
The RBI will work via the theory and set up the SBI will invest in the Yes Bank. Along with it, SBI will keep on holding a minimum of 26%, at least before 3 years from the date of infusion.

Also Read: Will the Longevity of Yes Bank get a Yes or No?

Yes Bank Consequences:
The fulcrum of the banking sector is “Trust”. There goes a hub-bub when the trust shatters which, definitely, affects the other fishes in the ocean. Although there was a lot of negative news going around about Yes Bank for a few months, investors and customers still kept their money with the bank, thinking it’s too big a ship to sink. But the imposition of moratorium led to a situation of panic amongst the customers, borrowers and investors.

There is a certain hassle going around, as the withdrawal limit has been capped to ₹ 50,000. There are people who have their salary and savings account, which has led to a major fuss. People are worried about their EMIs and FDs. Some families have a lot of amounts stuck in their frozen accounts and they are worried about their monthly expenses.

Here are the few steps that every Yes Bank customer may follow in this moment of immediate trouble:
● Change Electronic Clearing Systems(ECS), other banking mandates.
● Make other arrangements for your EMI and other payments, as delay may affect your CIBIL score.
● Unlink your Yes bank account from other payment apps.
● Those who have salary accounts with Yes Bank. Talk to your company’s HR and get things changed.

It is a tough time not just for the faith-keepers, customers and investors of Yes Bank but also for the nation. But you shouldn’t panic, keep calm but you should also keep your basics aligned.