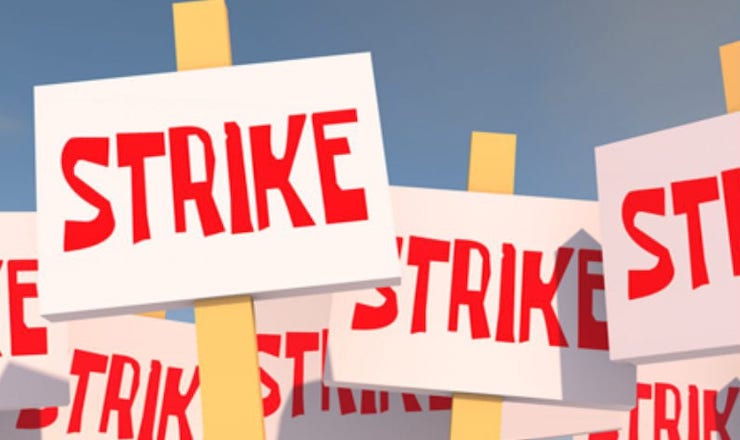 Bank branches may be shut for the next four consecutive days due to Bank strikes and other bank holidays. Bank Unions have called for a two-day Bank strike to begin on March 15 to oppose the planned bank privatization of two state-owned lenders by the government. Usually during railway strike, doctor’s strike, transport strike or any other strike, most of the services are kept on hold. But same is not the case during Bank strike. For you can still use ATM’s for cash transactions and online bank portals for various other services.

Privatization of the banking sector is caused as the Government banks are facing a financial crisis due to the decrease in tax collection. A letter was written to the Finance Ministry from the PM office earlier this month, in which these 4 banks in this financial year are said to complete the process of privatization.

According to H. Balakrishna, Convenor, United Forum of Bank Unions, nearly 500 Bank branches in Mysuru district and almost all 3,000 employees in town will participate in the strike. These employees will gather at the SBI zonal office on Monday and at Canara Bank premises at Nazarbad on Tuesday to demonstrate a staged protest.

There was a strike even in the previous month related to an increase in the wages of the employees. The nation-wide strike would impact banking services like deposits and withdrawal at branches, cheque clearances, and issuance of demand drafts, among others.
Due to strikes, the normal working of the banks hampers customer relationships.

About 10 lakh bank employees and officers under the banner of United Forum of Unions consisting of nine unions AIBEA, AIBOC, NCBE, AIBOA, BEFI, INBEF, INBOC, NOBW, NOBO are agitating against the government’s proposal about the Privatization of banks, AIBEA said in a statement.

AIBEA also said that from 2010 to 2020, public sector banks have earned a total profit of Rs 14,57,000 crore. “The only problem facing banks is the bad loans. Most of the bad loans are by the corporates and rich industrialists. Instead of taking action on them, the government wants to privatize and hand over the banks to them,” said AIBEA General Secretary C H Venkatachalam.

Bank strikes fails due to a variety of reasons

● As the banks remain closed on second Saturdays and Sundays, banking services will remain affected for four days though ATMs will be replenished with cash to enable withdrawals.

● Since net banking is hosted on third party Data Centers, Bank strikes do not impact the functioning of online transactions and access to account information for account holders

● Unlike the olden days, today physical participation in strikes is majorly from the strike leaders and low-level supporters. Most employees do not actively participate in the protest.

● Unlike any strikes of any other organization, Bank employees will lose their pay due to the no work, no pay principle. If the strikers are dismissed they will lose their livelihoods altogether.

● Once the strike is over; the feelings of hostility resulting from the strike can severely damage teamwork, productivity, and profitability.

Even though there is year-end pressure, Banks are looking to make informed decisions so that the clients can make alternate arrangements. While the unions have built the momentum, the banks are not willing to compromise either. The success of any strike largely depends on complete shutdown of all services. Bank strikes will be effective and yield desired results only if the Data Centers are completely shut or in case of an indefinite strike.

RBI lifts an 11-month ban on the issue of new cards by MasterCard and surges the limit of e-mandates for transactions up to INR...