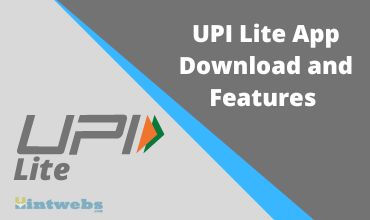 The UPI Lite is an on-device wallet option for Unified Payment Interface (UPI) users. Launched by the National Payments Commission of India (NPCI), the model enables the users to opt for small-value transactions to take place in an offline mode. However, it will require the aid of using a smartphone. The model is all established and is ready to go live in the upcoming week. The model is said to be similar to that of Paytm and MobiKwik.

According to the statement delivered by NPCI, a single user can enjoy several UPI Lite balances. It particularly depends on how many UPI apps the user has to access one bank account. It is believed to take the NPCI’s ambition of offline transactions to the next step. Let us take a look at the All-New UPI lite in detail.

What is UPI Lite?

The UPI Lite is an on-device wallet. It combines a variety of banking services and features into one convenient location. UPI Lite facilitates you to make offline transactions of smaller values. The quantitative value is restricted to a sum of Rs 200 only. However, you can have an overall balance of Rs 2000 in your wallet. An additional factor authentication (AFA) or utilizing UPI AutoPay will be required to add new funds to the UPI Lite account. After the release of the scheme, customers will be capable of transferring money from their bank account to UPI Lite.

What is The vision of NPCI behind launching UPI Lite?

NPCI has set a milestone to attain a billion payments each day in the successive three to five years. The launch of UPI Lite is a vital step closer to achieving the goal. Besides that, it will ensure a compatible and quick transfer of funds in a seamless manner with only a few steps being required. Further, it is also a stress-free process that doesn’t require any bank information.

According to the data published by NPCI, UPI has processed over 4.52 billion transactions in the month of February. The total worth amounted to a value of Rs. 8,26,843 crore. Earlier in this month, RBI also launched the ‘123Pay’ UPI service to enable its 40 million feature phone users to make payments.

How does the UPI lite work?

Unlike the other UPI platforms where users are prompted to enter their UPI pin, this all-new UPI lite platform doesn’t need the same. However, NPCI advises users to utilize the UPI app with an app passcode or device authentication to keep your payment platform safe. While making the payment, the app will display the UPI Lite balance on the UPI app’s home screen. Further, for all transactions worth less than or equal to Rs. 200, except for peer-to-peer collect request transactions, the UPI app will also use UPI Lite balance by default. You need to be cautious while making the payment.

When will UPI Lite be launched?

The precise date as to whilst UPI Lite can be released isn’t recognized yet. NPCI has stated that to start with UPI Lite will be released as a pilot with more than one bank and app vendor. After due comfort is achieved, the total scale industrial release with compliance timelines for onboarding for the issuers and app vendors will be declared.

How can you Disable UPI Lite Services?

If you want to withdraw yourself from the UPI lite services, NPCI enables you to do so at any given point in time. The balance available in your wallet will be credited back to the user profile in real-time.

Also See:
How to transfer money using UPI?
UPI AutoPay for All Your Recurring Bill Payments

How to transfer money using UPI?