HomeNewsIndermit Gill to be the next Chief Economist of World Bank from...
NewsWorld Bank 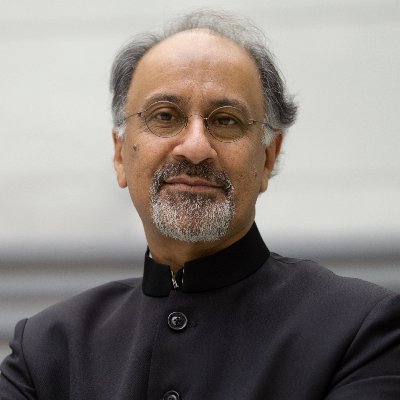 Indermit Gill will be the second Indian national to become the chief economist of the World Bank, after Kaushik Basu.

Gill is currently the World Bank’s vice president for equitable growth, finance, and institutions, where he led work on macroeconomics, debt, trade, poverty, and governance. He will assume his new role on September 1, 2022.

Gill has had a distinguished career in academia and public policy. He is a leading expert on macroeconomic imbalances, growth, poverty, institutions, conflict, and climate change. His groundbreaking work includes introducing the concept of the “middle income trap” to describe how developing countries stagnate after reaching a certain level of income.

.@carmenmreinhart left big shoes to fill. I’m honored by the opportunity to follow in her footsteps. I start September 1 as @WorldBank Chief Economist and Senior Vice President for Development Economics. https://t.co/cDcMN5JLew

– Indermit Gill, an Indian national, has been appointed as the new chief economist of the World Bank.

– He will be the second Indian to hold this position after Kaushik Basu.

– Gill is currently the Director of the Human Development Report Office and Senior Adviser to the UNDP Administrator.

– He has also served as the Chief Economist of India’s Planning Commission and as a Professor at Delhi’s Jawaharlal Nehru University.

– Gill’s appointment is a recognition of India’s economic importance on the global stage.

– It is also a sign of the growing prominence of Indian economists in international organizations.

– Gill’s appointment is a boon for India’s image and will help boost its morale.

– It is also a vote of confidence in the country’s economic prospects.

With Indermit Gill’s appointment as chief economist of the World Bank, India now has two nationals in top positions at the global financial institution. This is a testament to the country’s growing economic clout and its increasing prominence in the world of finance.

Gill replaces Paul Romer, who resigned from the position earlier this year. He will be tasked with providing analysis and advice on a wide range of economic issues, including poverty alleviation, development, trade, and globalization.

Gill is a widely respected economist and has held numerous prestigious positions throughout his career. Most recently, he was the Director of Development Policy at the bank. Prior to that, he was a Professor of Economics at Duke University and also served as an adviser to the Indian government on economic policy.