HomeWorld BankGlobal Growth at 2.7% in 2017 is Projected by World Bank
World Bank 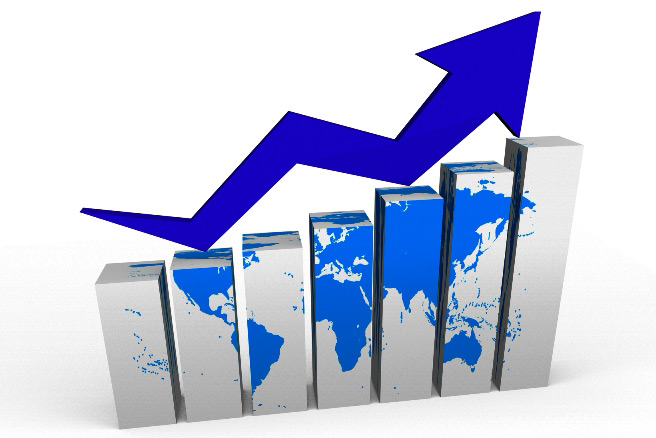 In order to continue the trend of prediction which is coming from 1950s it is also expected that the economic growth rate will increase in 2017. A moderate economic recovery in 2017 is expected by decreasing obstacles to activity in commodity-exporting emerging markets and developing economies.The trend of weak investment with medium-term prospects across many emerging markets and developing economies is the predictor of economic growth in 2017.Moreover, fiscal stimulus in the main economies will boost global growth with an outstanding rate which is above all expectations.

Projection of the world bank for global growth in 2017 is an encouraging sign. It has been projected that global growth rate will be 2.7 percent in 2017. This indicates that global economic future is bright even global trade, Subdued investment and heightened policy uncertainty in 2016 have marked 2017 a difficult year for the world economy.

According to the president of World Bank Jim Yong Kim, “After years of disappointment global growth, we are encouraged to see stronger economic prospects on the horizon.” According to this financial body, it is forecasted that global economic growth rate will accelerate moderately. In 2016 world economy have faced several financial crises and maintained the growth rate of 2.3%. emerging markets and developing economies have a financial crisis. Preliminary data of 2016 suggested that in 2016 world trade grew 1% which is less than the growth trade growth of 2% in 2015. This trade growth affected advanced as well as developing countries equally. Moreover, uncertainty emanating from developments such as a rise in protectionist sentiments and Brexit also affected the world economy. Jim also said that it is a high time to take advantage of this momentum and increase investment in infrastructure and people. It would play a vital role in accelerating the sustainable economic growth and ending extreme poverty around the globe.

The slight strengthening in the world economy with moderate forecasted growth rate of 2.7 percent is predicted by the World Bank. It would be a global economic revival after world financial crisis in 2016. The latest edition of global economic prospects suggested that the growth in advanced economies would be 1.8 percent in 2017. Fiscal stimulus in major economies could contribute in generating faster domestic and global growth rate than projected. Such as healthy economic outlook of US is highlighting that there is large number of fiscal stimulus which is strengthening the economic growth rate at domestic level. Economic growth of US at the national level will also contribute in enhancing global economic growth.

2016 by rising commodity pricing have raised growth rate up to 3.4 percent.2017 will pick up the growth in emerging market and developing economies as a whole to 4.2 percent. According to the report, the rise in interest rate in the US and strengthening dollar will lead the world economy towards notable tightening financial conditions. Tight financial condition means more high credit which would be harder to get. Despite of all these factors bank is expecting strong growth in these countries because of higher commodity prices such as oil, Metal.

According to World Bank economist, the two countries which would face economic slowdown would be Brazil and Russia. For developing economies, the bank forecasted weak economic growth which is 1.8 percent. Although it is low but it is expected that it would be better than 2016. In the main economies, the economic outlook is clouded due to high uncertainty. In emerging and developing economies, investment growth was decreasing from 3.4 percent in 2015 from 10 percent in 2010. Last year it dropped another half percent. World Bank Chief Economist Paul Romer said World Bank by helping governments to offer more opportunities for investment with confidence that it will produce new capital can significantly contribute to enhancing the infrastructure of connectivity at the global level.