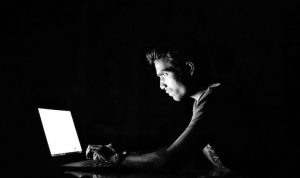 Around 84,545 fraud cases – involving about Rs 1.85 lakh crore – were reported by scheduled commercial banks and select FIs during 2019-20, an RTI activist said, citing information received from the Reserve Bank of India.

RTI (Right to Information) activist Abhay Kolarkar said that he had sought various banking related queries under the jurisdiction of the RBI in June 2020, and the replies to the same he received a few days back.

Kolarkar in his RTI query sought to know how many fraud cases have taken place during April 1, 2019 to March 31, 2020 and the amount involved in it.

The RBI stated that the total number of frauds reported by Scheduled commercial banks and select FIs during Financial Year 2019-20 is 84,545 and the amount involved therein is Rs 1,85,772.42 crore.

To the query about how many bank employees are involved in fraud cases and how much amount is involved, the RBI replied that the information on the question is not available.

“However, it may be noted that total number of frauds reported to have been committed by staff, as reported by Scheduled commercial banks and Select FIs during FY 2019-20 is 2,668 and amount involved therein is Rs 1,783.22 cr,” the central bank said.

The RTI also sought to know how many consumer complaints received by the RBI’s 15 ombudsmen offices during April 1, 2019 to March 31, 2020.

The RTI query also sought information on number of branches exited by banks and those closed after merger during April 1, 2019 to March 31, 2020.